On the afternoon of the leap, as guests gather for the bull jumping ceremony, the man’s female relatives demand to be whipped as part of the ceremony. The Maza (a man who has already jumped the cattle for three months) uses a long fin stick and strikes the girls on their exposed backs. This is a consensual act, with the girls begging and singing to the Maza so that he continues whipping them. This is not only a show of strength from the girls, who proudly show off their scars, but it also symbolizes their affiliation towards their kin. Her scars are a mark of how she suffered for her brothers and relatives. The young man who is to leap has his head partially shaved. He’s rubbed with sand to wash away his sins. He’s then smeared with dung to give him strength, while strips of tree bark are strapped around his body in a cross as a form of spiritual protection.

The Maza and the elders line up between eight and twenty cows and castrated male bulls. To come of age, the man must leap across the line four times. Only when he has been through this initiation rite can he marry the wife chosen for him by his parents, and start to build up his own herd. Once his marriage has been agreed, a dowry of around twenty cattle and thirty goats must be paid to the bride’s family.

What is the bull jumping of the Hamar Tribe?

The Bull Jumping of the Hamar is one of the most fascinating rituals of the Omo Valley tribes. The Hamar bull jumping ceremony is the initiation of the Hamar boy for his marriage. One striking characteristic of the Hamar men and women is that they indulge in elaborate hair-dressing. The Hamar Men wear clay caps on their heads. It is painted and decorated with feathers. They also paint themselves with white chalk paste during the bull jumping ceremony. The women decorate their hair with clay and butter twisted into a striking long plait. Almost all tribesmen of the Lower Omo hold a small pillow called Bork

When did Hamar Bull Jumping in Ethiopia Start?

The Bull jumping ceremony starts after the harvesting season between August and November. The rainy season of the Omo Valley usually starts between March and May. It is during this time that the Hamar will plant corn and sorghum to be harvested in 3 and 4 months.

the Hamar people always do the cattle jumping ceremony on the eastern side of the Kazke River. Only one side of the Kazke river is believed as the real motherland of the Hamar tribe, which is why they only do this ritual on that side. 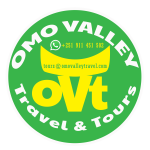 Book authentic Omo Valley Tours with the best tour guide and operator in Ethiopia. Minalu Adem, the founder of Omo Valley Travel & Tours was born and raised in Jinka, South Omo Zone, SNNPR Ethiopia. Jinka is a small town in the middle of Omo Valley, Ethiopia. He worked as a local guide of Omo Valley from 1999 - to 2001 while attending his last three years of high school education. In 2002, he went to university and studied Business and Economics. Afterward, driven to return to his passion for working in tourism, he worked as a national tour guide for the top Ethiopian tour operators and outbound tour companies such as G Adventures.
In 2010, Minalu founded Omo Valley Travel & Tours, a local cultural tour operator outstretched from the Omo Valley of Southern Ethiopia. Working in partnership with local communities in Omo Valley, we provide responsible and enriching cultural tours such as Omo Valley Tours from Jinka, Omo Valley tours from Addis Ababa, Omo Valley tours from Arba Minch, Omo Valley photography tours, and Omo Valley tribes tours to Mursi, Hamar, Banna, Aari, Dassanech, Karo (Kara), Surma/ Suri, Nyangatom, Arbore and the other tribes of the South Omo Valley.
Minalu published his first book titled "A Guide to the Tribes, Omo Valley" in 2014. The second edition was published in 2017. Drawing on his experience and passion, he shared a lot of essential information about the history, traditions, and customs of the incredible Omo Valley region.